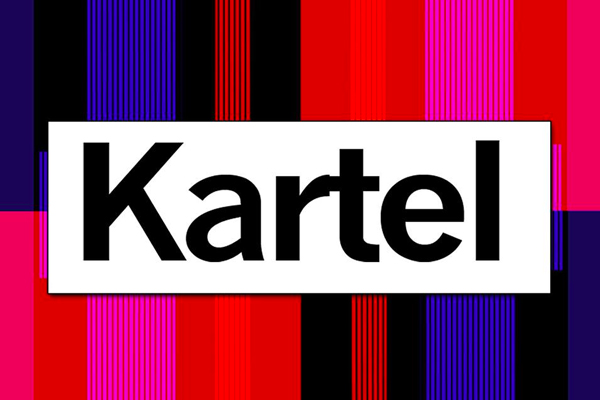 Kartel are back from the winter break to bring us some more warming sounds and influences from Africa. Featured is a release on Awesome Tapes From Africa, reggae-influenced Senegalese pop, a contemporary take on Nigerian afrobeat, a remix by L-Vis 1990 and a remix of Nightmares On Wax. Listen to the full selection from Songdrop and read some words below about why they’re Kartel such staples.

Kartel celebrate their 1st birthday with a party at Plan B next week headlined by Diamond Bass and attended by the usual residents of The Busy Twist, Moyo and Bagheera, who has put together a mix for the occasion above. Tickets are £5 and available here.

Hailu Mergia is an Ethiopian one-man-band accordion and keyboardist who began releasing records in the 1970s. This track is from a 1985 work remastered and rereleased by the brilliant Awesome Tapes from Africa. A slow groove combined with some dexterous finger work make this a great track to listen to at home.

Touré Kunda are a Senegalese band that helped bring West African pop music to the mainstream in the 1980s. E’mma, their most famous work,  is a classic of epic proportions. Playing it almost feels like cheating, but the reggae groove means its not an obvious choice for Kartel, and the reaction it gets makes that worthwhile. A perfect pop track.

Fanga are a French band following in the footsteps of Fela Kuti and his brand of Nigerian Afrobeat. This title track from their 2008 album proves that Fanga are masters at upholding the essence of Afrobeat and carrying that baton into the 21st century.

Manaré is part of the excellent ClekClekBoom crew. A stable of French artists making dark and dirty bass house of an unparalleled quality. Labelmates French Fries and Bambounou also occasionally take from African sounds. Here Night Slugs co-boss runs away with the African drum influences of the original to make it an all out tribal workout.

A legendary Leeds producer with a stunning back-catalogue of funk and soul influenced hip-hop instrumentals, NOW’s crossover into African funk and highlife feels natural. Here he’s remixed by another legend, Australian Mark Pritchard, under his Troubleman moniker. Across his many pseudonyms, Mark Pritchard’s beats regularly appear at Kartel parties, so more from him in future columns.

awesome tapes from africaclekclekboomfangakartelNightmares On Wax