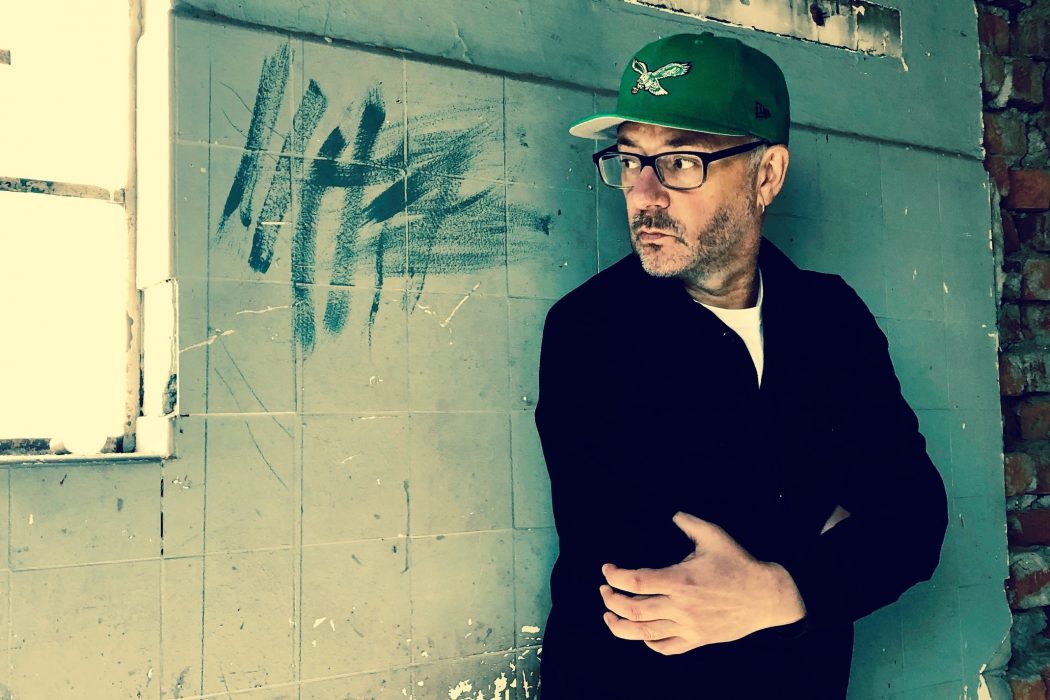 A four hour plus (Extended Mix) from a man dubbed as the “producer’s producer” — deep house veteran Charles Webster. Active since the mid ’80s, Webster’s journey began at the roots of electronic music, writing tracks for electro/breakdance outfit The Rock City Crew and 1987 UK house cut T-CUT-F, before going on to release his own music under 30 different pseudonyms and contributing over 500 remixes.

Webster’s influence has spread far and wide — his All Systems Gone LP under his Presence moniker was cited as a key inspiration for Burial’s music; he’s worked with an array of celebrated vocalists over the years; and became revered within the house scene in South Africa, the country he now calls home.

Now, almost two decades after his last major solo record, Webster makes his return with Decision Time, an album that showcases the brilliance of his legacy and features a healthy list of collaborators that have worked with him throughout his prolific career.

(Extended Mix) is a new charitable series that celebrates all-night specialists and more simple, carbon-friendly lineups. Instead of paying on the door for this extended experience.

Decision Time is out now on vinyl, CD and digital via Dimensions Recordings.

We now premiere all our mixes a week early on Mixcloud Select. Subscribe to our channel to listen first, download the mixes, and ensure that the artists included in each one gets paid.

First off, how have you been finding lockdown? What has been the biggest challenge and more positive outcome you’ve experienced through extended time at home?

Well, what can I say that’s probably not already been said about 2020 and the lockdown? Quite a strange experience indeed. I was in Cape Town when it all kicked in and was originally going to head up to Europe for the Summer, playing gigs and festivals etc but Covid put a stop to all that. As I’m sure you are aware, the lockdown in South Africa was very strict and it seems to have been relatively successful, they banned all sales of alcohol for the main lockdown period and luckily we had quite a hefty supply of wine stashed in our garage, it would have been a whole lot more stressful without a glass of wine to slightly take the mind off the constant tragic news.

Initially I was fairly down and stressed by the whole situation, the biggest challenge was the worry of it all, no-one knew what was going to happen and when, if we would ever emerge from the nightmare. But after a month or so I got used to the new locked-down lifestyle (no going out unless for essential purposes and no gatherings at all) and entered a really creative headspace. I wrote more than 50 new pieces of music and completed a dozen remixes over the main four month extreme lockdown period — I think the surreal nature of the situation was an inspiration.

Thanks for recording an extended mix for us. How did you find the recording process?

It was a pleasure, I really enjoyed making the mix. I treated the set more like a mixtape rather than an all out club mix. I currently feel quite removed from the atmosphere of a club after eight months of lockdown and not involving myself in the ‘Plague Rave’ scene. I actually only did one ‘filmed live-mix’ during the first lockdown and didn’t really enjoy it at all. I’ve never been one for playing in front of a camera and an empty room, I much prefer the interaction with some humans!

The selection is very much a musical snapshot of the music that has been the soundtrack to my lockdown experience. It has been a very reflective and, at times a strange and intense period, and this music has been the backdrop to it all. I took this opportunity to record it as a musical diary to a unique period of my life.

I made the mix using various formats due to my current lack of access to a full on DJ booth type setup. I’m still down in Cape Town due to the current travel restrictions — they actually lifted all international travel restrictions the day after I recorded it! I used some vinyl and the rest was mixed using a Vestax controller and Serato DJ Pro, recorded live into a Zoom recorder in our living room. We live in the city bowl with great views of Table Mountain and downtown; quite inspiring late evening views, perfect for such a mellow mix.

How did you approach the mix? Did you have an idea in mind beforehand? Was there much pre-planning or did you just trust your instincts?

A bit of both, I had a basic plan of the flow I wanted to create in the mix, very mellow and peaceful but with moments of energy and melody, saving vocal tracks for special moments.

I never plan a set, I get really bored if i do it that way. It just feels like pressing play on a playlist, not very involving. I like the feel of not knowing what’s happening next; happy accidents and unexpected combinations are always fun.

Could you talk us through a couple of standouts from the set?

I will try and pick a few, there are more than 70 tracks in the mix all of which I really love for various reason.

‘Dreamland’ by Joni Mitchel is a particular favourite of mine and I do try to squeeze it into any set as often as possible. An incredibly moderate sounding track for it’s age, just percussion and an almost sampled sounding vocal topped of with a seemingly freestyle vocal. It sounds amazing outdoors on a big sound system. I found an original, sealed and unplayed copy of the album (my third copy of it now) in Cape Town just before lockdown.

‘We’ve Got a Lot of Work To Do’ by Spaza is a particularly poignant track for me as I am currently based in Cape Town. It is from the soundtrack to the motion picture Uprize!, a film about the Soweto student protests in 1976 where nearly 700 high school students were killed by the police.

The track uses archive voice recordings from TV and radio and the music was performed live to the footage projected onto a wall while the musicians improvised. The whole soundtrack is great, very powerful stuff. In a similar vein to this is ‘Rebuild A Nation’ by Damon Locks — the whole album is very powerful, message based music. We need this kind of music in these bizarre political times.

Where’s been your favourite place to play an all-night set, and why?

I think my favourite all night set (11 hours) was at Unit in Tokyo. It was a really cool idea — the promoters arranged it so the first part of my set started in a smaller, more chilled space and then half way through the whole thing moved into their larger, more ‘clubby’ space.

Japanese audiences are very open-minded and will follow where you lead with the music. I’ve never played anywhere as musically open minded or clued-up as Japan. This experience really made me want to play longer sets more often and I eventually set up a 6 month, weekly (every Friday) residency at Cielo in New York in 2006.  The concept was, one DJ all night, from open to close. I really enjoyed it, playing 6 or 7 hours every week, starting with eclectic music, moving onto House and always ending with some House Classics. After a month or so the night built a very loyal following, mainly due to the fact that the sessions were like journeys with definite shape and energy to them.

Who are some of your favourite all-night specialists, and why?

My earliest memories of all night sessions are from blues parties in Derby and Sheffield when I was a teenager. Those reggae sound systems sounded incredible to me, such frequency extremes, very inspiring to me in my formative musical years.

The first electronic/house DJ that played long sets that springs to mind was Graham Park at the Garage in Nottingham (also the weekenders at Rock City, also in Nottingham). He would play every Thursday night from open to close, covering all aspects of dance music. This was around 1984 I think, it was the first time I heard proper house music.

In the early 90s when the Ministry of Sound had just opened, Roger Sanchez was amazing, he used to play really longs sets. I remember once he was actually delivered a tray of bagels, donuts and coffee for his breakfast while he was still playing. He sounded incredible on that sound system, super deep music. Since then I’ve heard many great long sets: Weatherall, Mancuso, Fish Go Deep (Sweat in Cork in the 90s was a mecca for fans of long and deep sets).

By celebrating DJs with a penchant for all-night sets, the (Extended Mix) series hopes to encourage a more stripped back, carbon-friendly approach to lineup curation. Reducing our footprint as a globalised underground community is a massive challenge as we try to rebuild the scene after Covid-19 lockdown, and we hope progression can be forged through sharing our challenges and experiences. Are there any thoughts you’d like to add to the discussion?

I fully agree. We certainly need to press a big reset button and maybe one day soon(ish) we can restart the whole DJ – live event world off again on a more sustainable, fair and all-embracing footing. I certainly think promoters and organisers can pull the reigns in on the ‘super club, 20 DJ’s a night’ type programming. I’ve seen some event line-ups where each DJ has a 30 minute slot, that’s completely ridiculous on so many different levels. I realise that promoters and clubs are businesses and have to make a living but I wish they were more open minded when it comes to bookings. There certainly seems to be a very repetitive set of names who appear on every line-up.  It seems quite unfair to me that they are so conservative and narrow minded when it comes to giving lesser known artists a chance, they may be pleasantly surprised, and in doing so they would be spreading the revenue more evenly and supporting and helping develop a more self sustaining scene. I know most of the best sets I’ve ever witnessed have come from DJs I’ve never even heard of and conversely the worst sets I’ve ever witnessed have come from very well known Djs. I really wish that the music itself could be allowed to take centre stage again, rather than fleeting celebrity or perceived (mainly social media hype based on anything but the music) popularity.

Decision Time is out now on vinyl, CD and digital via Dimensions Recordings.