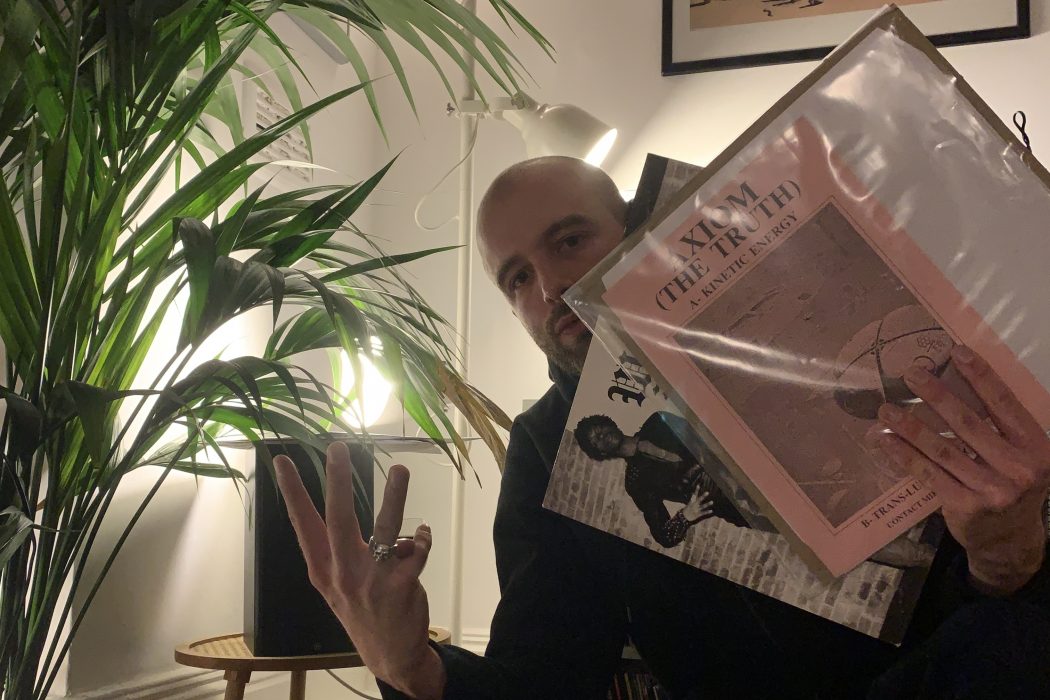 There aren’t many labels that can cover such a wide breadth of sounds, yet still maintain a cohesive thread between each release, but Manchester’s Natural Sciences have done just that.

Since launching in 2015, label owner Alex Hall has been unearthing some of the best mutant electronics around and distributing them via the imprint. Flick through their 50 strong releases – a milestone recently celebrated with the label’s first compilation – and you’re likely to find slick minimal wave next to lo-fi acid jams, or Japanese experimental psych alongside industrial hip hop.

Moving through choice punk and wave selections, Alex has titled his vinyl mix “Manc Dystopia: Billion Pound Corporate Slums – street electronics for surviving the next property boom”, a nod to the recent BBC 2 documentary. This sits alongside an interview about buying habits, Discogs sharks and the labels who are pushing the scene forward.

Yes and no. My dad saw The Ramones like seven times while he was at uni in Edinburgh, so I guess that did make a difference, as I managed to avoid a lot of the bad pop punk stuff that a lot of friends at school were into and get into bands like The Dead Boys, Stooges, Suicide, Wipers etc. All my family are big Steely Dan fans and they’re still one of my favourite bands.

Really I think the bulk of my musical education was ripping CDs from the library then downloading music in the glory days when you could type a record with ‘mediafire’ on the end and download straight from Google. There were also tonnes of killer blogs around that time too, and I had this weird OCD thing about checking out at least one new album a day and did that since I was about 13 (which I still do). That’s why I’ve never been bothered about anyone uploading my releases – if you find it then fair game.

I never classify myself as a ‘collector’ – for me that’s all the Discogs heads that never take records out of their sleeve and shit like that. The first records were from charity shops as I didn’t have much money, but I really got into it when started DJing more and that’s why most of my records look terrible from being crammed into flight cases and smuggled through customs. I’m also the worst at putting records back in sleeves but I’m trying to get better at that. The more you play records the general wear and tear changes the sound and you get something new altogether. Like rust on a hammer.

See above – on the rare occasion they are stored correctly, then it’s usually by a loose genre tag, grouping all the minimal wave and industrial together then going into electro, techno etc with albums at the end. But yeah, that quickly goes out the window. Usually it’s the last purchase into the box with the most free space.

All Night Flight in Stockport which my mate Tom runs. Mad out of the box selections of new and second hand stuff. I always go in and come out with records I have absolutely no idea about.  My favourite spots are where you can tell what the owner is all about and they’re getting stuff which just isn’t the hot new 12″ or stuff you’d just see on Juno etc. It’s amazing how many stores have the same records.

I’ve had a few weird experiences going round private record sellers in Berlin. That’s when you get to see the real freaks who live among records, eat out the microwave and barely see sunlight. True lifers.

Is there a record (or records), that has continued to be elusive over the years?

I don’t really get hung up on stuff like that. You can pretty much buy any record on Discogs and I’d rather hold out or pick up new records and support the scene that way. That’s the real issue with the collectors / Discogs market is that the money doesn’t go to the artists. For any £400 Discogs record you can find a load of new releases that are moving it forward.

Do you prefer record shopping as a solitary process or with friends to nerd out with and search or strange sounds together? If the latter, who do you like to go digging with?

Mix of the two for sure. As I said, my friend has a shop so he’ll pull out things I’ll dig. Also it’s good going with friends who are into different shit, which opens up new stuff and you’ll pick up records you may have overlooked. If it’s heavy in the crates I’d rather go solo so I can spend as much time going through everything without grating on anyone.

Before the label I had a brief stint at Piccadilly Records here in Manchester, so I’m pretty familiar with how stores are run, so it doesn’t bother me at all. Also admitting that you don’t know everything then talking with the people behind the counter and having them pull out stuff for you is by far the best way to pick up local and self-releases.

It definitely has a big impact but picking up clues from the instruments listed / producer credits is also a solid place to start. Picking up junk is part of it though.

The idea was to do a home-listening style mix and the kinda records I’d listen to day-to-day. I’ve also loosely themed it around that horrible documentary that came out on the Manchester property boom and played tracks that would hopefully make some of these people think again.

Loads of the tracks come from some of my choice punk and wave compilations which have had a big impact on how I’ve pulled together the new compilation on the label. I always dig when labels compile seemingly disparate artists and unify it under one banner. It’s a real statement of intent and what you’re all about. There’s a couple from that release towards the end.

Keep your ears peeled for the second to last track from Reducer. It’s an unknown dub/industrial project that came close to signing to On-U Sound in the 80s. I’m working on a project of unreleased material which should be coming early next year. There’s also a sick Japanese cover of Joy Division.

I don’t really hold record collectors in that high esteem. It’s cool when people have great stuff, but my real admiration goes out to the artists and the label owners who are keeping things moving forward. Everyone should check out Manchester label Sferic who have been killing it and then Space Afrika of course. New stuff from them is the real deal.

Anything on the horizon you’re excited about?

The 50th release will be out in the shops now, so I’m excited for everyone to check that out. As always I’ve got a lot of other projects in the works that I can’t really talk about at the moment. It’s the usual mess at the pressing plants so gonna have to wait a while for that.