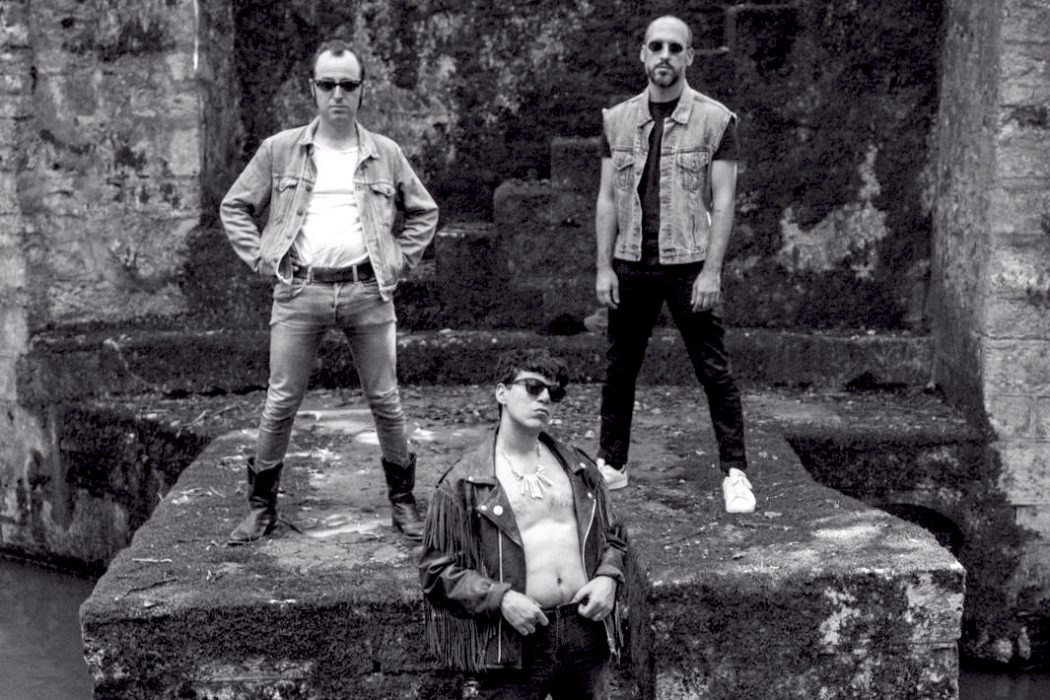 During the late 70s the UK punk scene was in full swing; a direct reaction and rebellion to the political climate at the time. But in Turkey things were a little different. Punk came a little later during the late 80s when the military coup, enforced in 1980, was lifted. Now the youth were able to express themselves more freely than before, be that through fashion or piercings, however, Turkish punk never really became political in the same way as its Western counterparts.

These sounds had a profound influence on DJ and producer Emre Can Swim. The Izmir-native discovered Turkish punk and garage as a teenager through fanzines and records and, like many others, was inspired by their DIY approach. In turn this led him to follow suit, whether that was through running a distro, organising gigs or simply becoming part of a community.

Where does your love for Turkish Punk music come from?

Since my teens I’ve always had this curiosity for finding music that is sincere and honest. I first came across Turkish Punk through fanzines and records I discovered in local book and record stores. Then I started hearing about gigs and getting into the local punk scene.

The 00’s were quite interesting years for underground music in Turkey in general, because right after the 56k internet era, with DSL becoming widely available for most of the population, online mediums like Myspace, music forums and blogs has flourished. Through those platforms, culture, material and information were being shared through the community like never before. This has opened a new page in many people’s minds, as they saw that they were able to record, press and distribute their own music and organise their own gigs, without any huge monetary and informative support, like how it was believed to be done before. I was able to experience most of this growth by taking part in organising gigs, running a distro, all done with D.I.Y. ethos around the time. In that way, I have a strong bond with the attitude, scene, music and culture.

Also, my own exploration and collection of punk music records and the cultures and political views that are connected to it has introduced me to the great satisfaction of digging underground. Through that I was able to find great hidden music that is definitely not available in commercial ways due to government regulations and economics, and also to meet with great people and see that, for the first time, another world is actually possible.

What marks out a Turkish Punk record, compared to the rest of the genre?

I think a Turkish Punk record marks itself out for being either written in Turkish or by Turkish people, expressing rebellion about struggle, politics and culture in this geography with explicit lyrics, provocative melody and distinctive guitar riffs and rhythms. The sound and topic in songs changes slightly depending on the region the band is from.

There are lots of really good stuff recorded by TR bands in English too, but I’ll include the ones mostly in Turkish and self-released between 2000 – 2009 in my mix, with a couple of exceptions.

What Turkish Punk record has left the biggest impression on you as a DJ & producer, and why?

It’s a bit hard to say sound-wise since I don’t play much punk in my sets at the moment but, I think ‘Çocuklar Ve Gençler Için Şarkı Demeti’ by Cemiyette Pişiyorum has left the biggest mark on me. I always try to include as much emotion, attitude and variation of moods and sounds in my sets as the album has.

This song might be the first ever recorded example of Turkish garage/punk, hailing from 1970. Bunalım, meaning ‘Depression – There’s stone & There’s dog’ with its wild, primitive sound and unpolished, political vocals marks its point in history. The voice speaking at the end of the song belongs to Cem Karaca, who was the band’s manager at the time.

This 7’’ is the first record to be marketed as ‘Punk Rock’ from Turkey. Not as wild as Bunalım, but attitude & content-wise this record marks its place in Turkish Punk History. His role in the circulation of underground music in Turkey through mail order at these times is hugely significant. “The Godfather of Turkish Punk” album, compilation of his songs recorded between 1970 – 1980 was released on 2017, which I definitely recommend you to check out!

Less is quite an interesting band from my hometown Izmir, active between 1996-2011. This has anything you could ask from a proper punk record, political, fast & destructive.

Mandatory military service for every male in Turkey was and is a huge problem to be solved in society, economics & between government – public relations, which is what the title of the song translates as, ‘Military Service’.

Cemiyette Pişiyorum might be the most loved band in the scene for their tight sound & songs about almost any shitty occasion one may run into, but this one marks itself out for me as it’s one of their most heartfelt music pieces, touching deeply to your inner ‘Mutant’..

The Raws is a kind of band which is best enjoyed live & raw!. Göksu fronted the iconic ‘Not Made in China’ & his one man band ‘Bunu Sen İstedin’ in the 00’s, and the Raws joined a little late to the decade party. Still, they perform and show that they’re going strong and horrific, with their latest 2019 record ‘BAT! BAT! BAT!’.

Emre Can Swim features on Mustesna’s shelTer compilation in support of Eylül Cansın Trans Guest House, which was founded by the Istanbul LGBTI Solidarity Association.