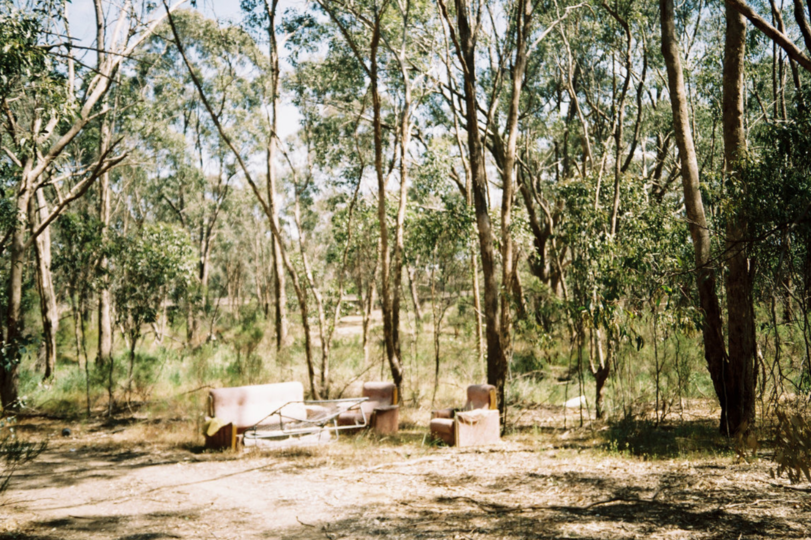 Australia is currently in the midst of an unprecedented bushfire crisis that has burned more than 10 million hectares of land, left 26 dead and seen 1700 buildings burnt with thousands being displaced and homeless. In the face of an inept, indifferent Government, citizens have had to fundraise for the underfunded Rural Fire Services and myriad humanitarian relief efforts.

There has been an outpouring of support from Australia’s musical community; the last month has seen numerous fundraisers, parties, community fundraising efforts and special releases, while a number of Australian emigrants and international labels are donating all proceeds from their Bandcamp sales to fire relief. We’ve rounded up some of these below…

Beats Of No Nation V/A compilation

‘You’ve probably heard by now that Australia is in the midst of an unprecedented climate disaster. Catastrophic bushfires are raging across much of Australia and have not only taken a huge human and economic toll but have also delivered heavy blows to native flora and fauna.

At BONN we are passionate about contributing to a brighter future and are committed to taking action, especially when our politicians won’t. In response to the tragic events that are taking place in our homeland, we asked some talented friends to contribute to a compilation to support those affected by the devastating bushfires across Australia.

Proceeds will be donated to a campaign set up by a Yorta Yorta man and community rights advocate, Neil Morris (Drmngnow). The money raised will offer culturally sensitive, specific and direct support to communities with critical costs to cover—such as temporary relocation, basic amenities, property repairs and ongoing support where necessary.

We would like to acknowledge that these tragedies have occurred on Sacred Indigenous lands where Sovereignty has not been ceded. The ongoing connection of First Nations people’s to country and culture is critical to life on this land. We acknowledge our ancestors and elders past present and future.’

“Sumac founder DJ Plead presents three exclusive and unreleased edits. All proceeds will go to the First Nations Fire Relief Fund, NSW Rural Fire Service and the Victorian Bushfire Disaster Appeal. These tracks are offered with the intention of giving much needed relief to communities across South East Australia that have been affected by the worst bushfires on record.”

“Everything that’s happening right now in Australia is terrifying… With so much loss already, increasingly dangerous weather conditions and a useless government there is a lingering feeling of sadness and anxiety in all of us now and for the days to come. Inspired by the ways of others I have decided to use my music as a way to help. Against The Flames consists of 4 unreleased tracks with 100% of the profits going towards the ‘Fire Relief Fund for the First Nations Communities’. Stay safe and to those who can please continue to donate to those who need it.” “I am here to support all Australians and wildlife who are facing imminent danger. Here are two Logic1000 tracks for sale, where 100% of all funds raised will be donated to the Fire Relief Fund for First Nations Communities and the NSW Rural Fire Service. Let us unite in the face of adversity.”

“The proceeds from these four previously unreleased tracks on Bandcamp will go to RSPCA’s Bushfire appeal and The NSW Rural Fire Service.” “A collection of previously unreleased early productions; including some of the first music written for the Cop Envy project in 2015. All proceeds will go to the NSW Rural Fire Service and the Fire Relief Fund for First Nations Communities. Proof of donation will be provided for full transparency. Mobilise the Rhythm.”

“This is the first of three EPs that I am releasing to raise funds and awareness in the ongoing struggle for environmental justice in Australia. As we witness an unprecedented climate change-fuelled catastrophe unfolding, I hope that this small action will help. Over the past few days I have witnessed and been inspired by the beautiful outpouring of support from artists and the wider community – I genuinely believe that true hope lies in community, that is working class people working with first nations people to restore justice and balance. It is crystal clear that the billionaire class and their politicians will never act in the interest of the majority, or mother earth. No one is coming to save us but us.

The music on this first EP is a selection of unreleased ambient tracks that were produced over the past 3 years. A few of them are ambient versions of dance music that I have previously released, and some are original compositions. I hope they can bring you some peace in these difficult times! All funds raised will be donated to Seed, an Indigenous youth climate network connected to the Australian Youth Climate Coalition. “

“Bushfires are gripping Australia. This is a climate emergency. To help with the recovery effort I’ve put together a collection of B sides and rarities for purchase. All funds generated will be donated to the Bushfire Disaster Appeal that directly supports the CFA and effected communities.”

Other artists and labels are pledging profits from sales on their Bandcamp too during January. Carla Del Forno is donating and matching all digital sales for the month, Animals Dancing are donating all music and merch orders, Luca Lozano and Mr. Ho’s Klasse Wrecks imprint are donating a portion of profits from January sales to WWF Australia and Butter Sessions and Salt Mines are donating all profits until next week.

Elsewhere Bhenji Ra, of Sydney Vogue ball Sissy Ball and mother of the House of Sle, is directly distributing funds in affected areas along the South Coast and Yorta Yorta man Neil Morris is currently organising a fire relief fund for First Nations communities, which the label behind today’s Stamp The Wax premiere are also donating funds to.