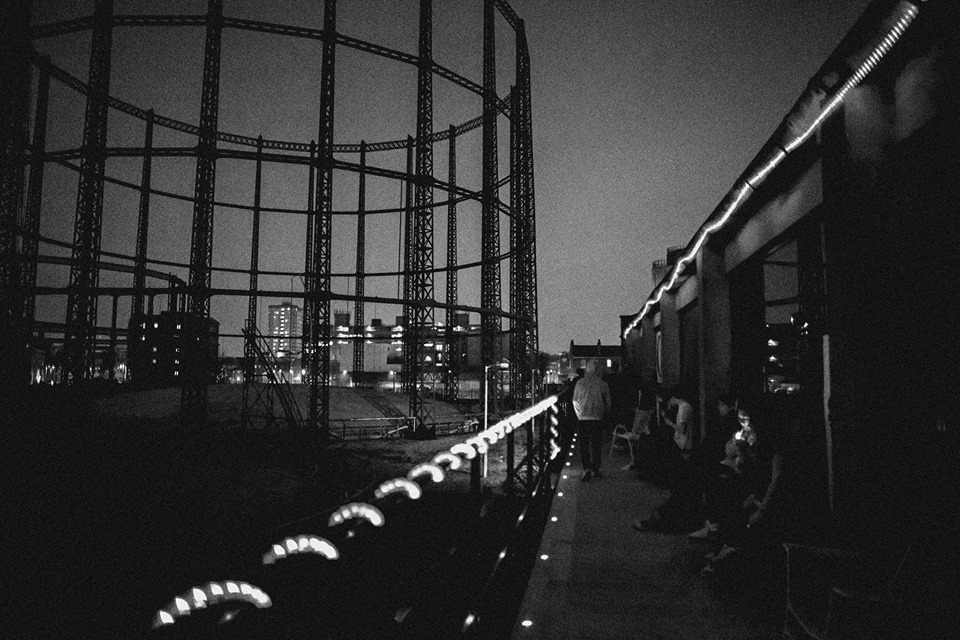 New York’s Mister Saturday Night duo (aka Justin Carter and Eamon Harkin) teamed up with Black Atlantic to be the hosts with the most at London’s Oval Space last Sunday. The first thing that hit you coming into the Bethnal Green venue was the sunshine. A wall of windows that let all the light stream in, and outdoor decking so you could sit and watch the sun weave between the clouds, next to four impressive gas holders no less. It was the perfect venue, and that’s before we even made it onto the dancefloor.

Upon arrival, we were greeted (to great satisfaction) with a reminder of the Mister Sunday rules, which can be summarised as ‘have a good time and don’t be a dick on the dancefloor’. Never huge fans of people who take up valuable centre-of-the-floor space only to stare into their phone, we rejoiced under this new regime. Not once was the ping pong table lonely, with a steady influx of players ready and willing to ping or pong to the beat. As the day turned to night, and the Mama’s Jerk stand sustained all number of partygoers with tasty wraps on the terrace, the dancefloor steadily grew in size.

Joyous house and funk-laden disco were the sounds of the moment, and track after track was greeted with raucous cheers from the crowd. These are guys who are serious about parties, and if that means we’re all going to sing along to Playgroup’s remix of that Gossip track or Basement Jaxx’s ‘Fly Life‘, then so be it. Other glorious moments on the dancefloor as the sun was setting were accompanied by the ultimate day party track ‘It’s For You (Rub n Tug’s Panarava Mix) by Out Hud, and the disco-centric sounds of Quest’s ‘Boy Scouts‘, with a particular Levon Vincent track catapulting the crowd into an absolute frenzy.

Rounding off proceedings were the sweet sounds of Angie Stone‘s ‘Wish I Didn’t Miss You‘, a more expert selection from the pair behind the pot plant embellished decks. If we had one wish it would be that they bring over the famous sangria for the follow-up Mister Saturday Night parties later this year. Be there or be square.