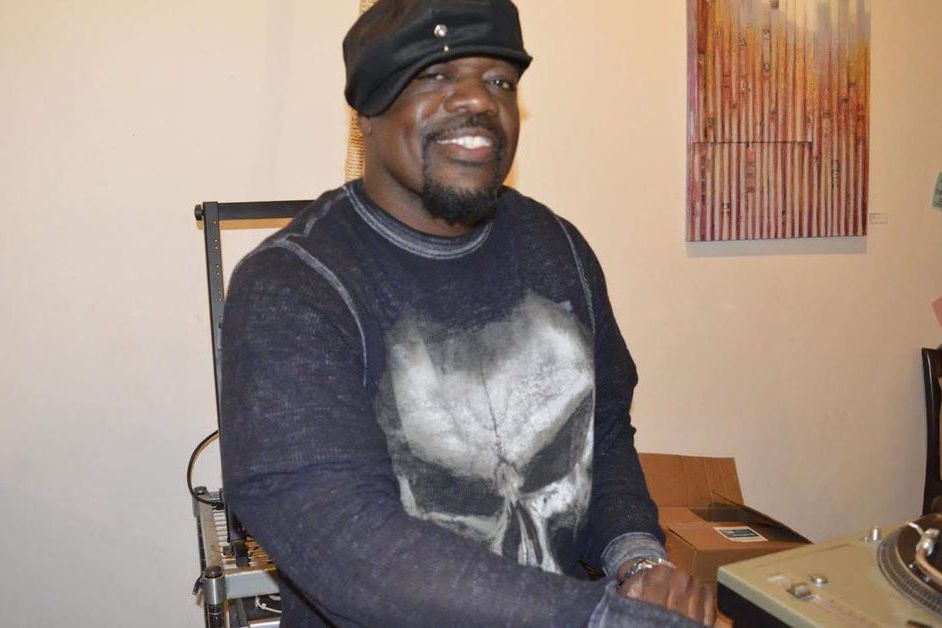 Darryn Jones is one of the most highly rated Chicago diggers you’ve never heard of. DJing and collecting since the early 80s, his production output has been modest – with a few edits alongside Rahaan or on Al Tone Edits – and his DJing has only reached those with their ears closest to the ground. Antal, Hunee, Loveontherun, Geology, Zaf Lovevinyl and Red Greg all count themselves as fans and J.A.W have recently welcomed him to their affable musical family. With his first European dates on the horizon, we chatted to him about a life spent collecting records. This is also accompanied by a mix themed around “Faith, Reality and AmeriKKKa”, exquisitely curated soul, funk and disco with a serious message about America’s future.

Stevie Wonderland and LoveVinyl present Darryn Jones’ London debut on 17th Nov at The Yard.  Tickets and info from Facebook and RA.

Yes my early music influence came at the hands of my oldest brother record collection! He had so many different genres of music it kept me eager to listen. Motor Booty Affair by Parliament was the tune I remember most because it was my debut record as a DJ in grammar school. It was my first and last record of that day! I remember when my turn came to play my records. I was excited and couldn’t wait to drop the needle to the groove. It turned out that the lyrics were just a little too much for my teachers ears to handle. She jumped up, ran over snatched the record off and said YOU can’t play anymore records! I knew then that funk was for me.

I was drawn to the world of record collecting mainly because of my brother. Whenever he was outside, I found myself going through his collection and playing his music. So it was a perfect fit to pick up the habit of collecting records once I became old enough. Record collecting to me is a form of sickness! Its something I sometimes feel I need help for. I’m always looking for some heat. Once I find it, I’m off to the next jam.

My records are stored in my basement ! I’ve pretty much ran out of space, but it doesn’t stop me from adding more cuts. When it comes to filing record I’m probably one of the worst. As I said earlier, I get records, take a listen then I’m right back on the search. For this reason it’s not easy to find what i’m looking for.

This is a short but sweet answer…I don’t have a favorite spot. I’m willing to try anywhere that may have records.

Well at the moment while doing this interview, I’m still a local DJ! Most of the guys I know from the shops are heroes in my book. There are way to many guys to name and not forget anyone. But if I had to name someone from the 80’s it would be Ron Robinson, a true tune head. Someone in recent years I’d say Mark Grusane. I am glad he’s getting the light these days.

Is there a record (or records), that has continued to be illusive over the years?

I have plenty of records that I just can’t seem to get a hand on! I’ll never name them because I’d hate for it to be my luck for someone I tipped onto it to find it before me. So I wait and I wait…

Do you prefer record shopping as a solitary process or with friends to nerd out with and search for strange sounds together? If the latter, who do you like to go digging with?

I prefer to do serious digging by myself. I never know how long or how short of a time I may want to search. The last thing I want is to pack up and leave because someone is ready to go. Some days I may not want to leave at all and then they’re stuck with me.

When it comes to record shopping I personally don’t have a process. I’ll go to certain sections first and pull tunez to have a listen.

There’s nothing like dope art work on a cover to catch my attention. I’ve brought records for the cover alone, not the music but the cover! I guess its safe to say that’s part of the sickness of a collector.

The mix that I’m presenting to Stamp The Wax is my take on Faith, Reality and AmeriKKKa! It goes through a series of thoughts from believing to the cold state of making decision that can put us in bad company. In the end, if the States aren’t careful, war is the end result so prepare you mind to die.

The stand out song in the mix is perhaps “What you gonna do?” I choose that song because everything revolves around what are you going to do when the time comes in any situation!

Since the net has turned me on to so many dope DJ’s. I can’t single out just one or two, three or four music heads. The more cats I hear, the more I realize that there’s always more to learn!

And are there any young collectors emerging who we should keep a close eye on?

There is for sure some young cats coming up in Chicago that I know of ! The Boogie Monsters down the line will be having plenty of big fun. I know plenty of older cats that deserve a shout out that I see on a regular. I’m looking forward to an interview to show them some love also…. DISCO OR DIE FAMILY!

Finally what’s coming up on your horizon that’s getting you excited?

I’m truly excited and honored to be apart of the J.A.W FAMILY! I can’t thank the team enough for reaching out to me. November of 2017, I’ll be touring Europe for the very first time, kicking off with a show at The Yard in London with Stevie Wonderland. One Love to Zaf and Guy for helping out with the project. It’s a dream come true to be playing with some legends right out the gate. I’m smiling like a kid on Christmas as I type right now. I can’t wait to meet all of the Beautiful People. Also, shout to Stamp The Wax for showing interest in what I’m doing.