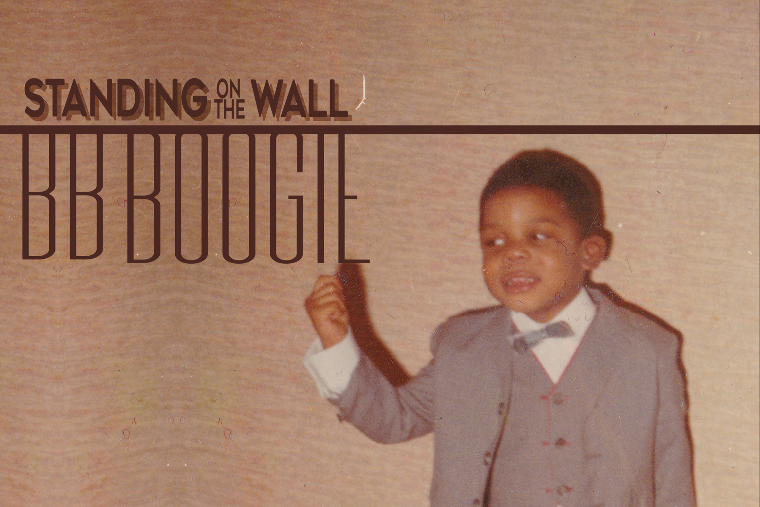 R2 Records deliver a spiritual groover from BB Boogie, an alias for original Bugz In The Attic member Daz-I-Kue, who relocated from the UK to Atlanta bringing his soulful West London sound with him. The track is the longest off his forthcoming double LP Standing On The Wall, a funk-fuelled journey through boogie, disco and soul via the bass-heavy aesthetic of UK sound system culture. Though the rest of the album will be available digitally, this track will only feature on the 2x 12” vinyl version of the LP.

‘Liquid Motion / Nayako’ pays homages to the legendary percussionists of the late 70s and early 80s, both through the music and directly. As the track breaks down to conga and shaker, a deep American voice lists off some of the greats that inspired the groove: Mongo Santamaria, Francisco Aguabella, Paulinho Da Costa and more. When the flute, sparse Rhodes riff and rolling kick drum return, we’re reminded of BB Boogie’s UK heritage and that, like many of his productions, the mixdown is intended for a thumping sound system.

Standing On The Wall will be released 2nd June and is available for pre-order via the R2 website.