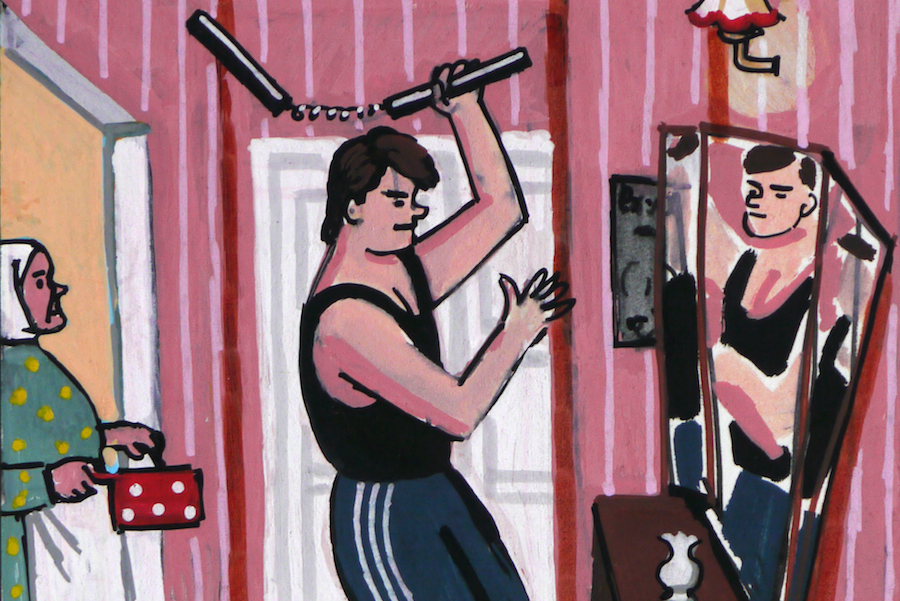 At the most recent Lucky Cloud – the semi-regular David Mancuso tribute party that fell mere weeks after his death – it was a dance floor full of emotion, celebrating the life of a man who had touched everyone in the room in one way or another. Understandable there were moments aplenty when dancers felt the presence of the departed, through supernatural activity or just spooky coincidences. My moment came when the needle was ushered onto Powerline’s – ‘Journey‘. A Prelude release from the early 80s, it became a Levan and Mancuso classic, but one I wasn’t much aware of until that night, when it reminded me of an edit Waxtefacts had sent over just days before.

The producer behind it is Librarian, who runs the label and has been sitting on this EP for longer that he’d have liked, due to the volume of other peoples’ work he keeps wanting to release instead. On his edit of ‘Journey’, the bass line is accentuated with powerful kick drums, the melancholic, descending piano line brought to the fore and the sax from the ‘Rare Sax Version’ also makes an appearance in the bridge. Nifty work on the MPC and a small sign of how Mancuso’s influence will continue to permeate dance floors long after he’s gone.

Librarian – God Gave Us Scissors To Chop EP is out 19th December. Pre-order from Juno, Clone or Deejay. Artwork is by Zoya Cherkassky-Nnadi.