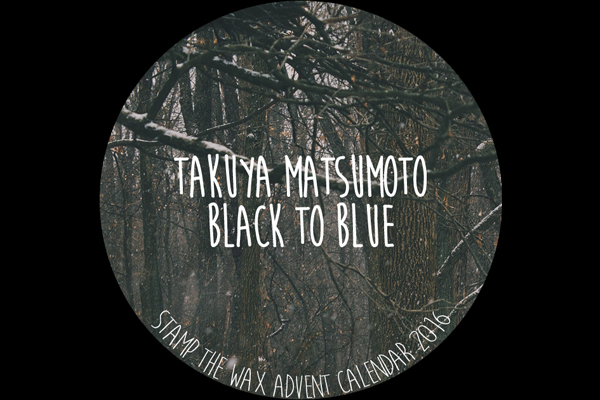 Day 9 of our charity Advent Calendar in aid of The Steve Reid Foundation.

Japanese producer Takuya Matsutomo’s ear for a melody is unquestionable. As an artist he has settled upon a winning combination of thick, funky basslines and noodling arpeggios that wrap around his drum programming like a set of leafy vines over an old building. Tracks like ‘Jump Rope Music’ and ‘EKR’s Galactic Dance’ are regularly used as tools by DJs to get dancer’s feet truly moving after their warmup set has filled a floor.
‘Black and Blue’ sees Matsutomo taking a restrained approach to his usual formula. The synths shimmer over rather than envelop the tight, crunchy drum pattern, and a graceful female vocal adds a faintly melancholic human touch. Matsutomo’s smart programming of these elements alongside a typically propulsive bassline means the song crescendos subtly in a bittersweet bluelight. While it may not be an archetypal floorfiller, its exquisite melody means it has the means to be poignantly received at both the start and end of the night.

Here’s what Takuya had to say about the track: “I was looking for the track which fits December’ mood in my unfinished files. When I checked this track, I thought ‘This is what I looking for ! I associate this track with snowy nights.”

Download ‘Early Bird’ from our Bandcamp. It’s pay-what-you-like, with all proceeds going to The Steve Reid Foundation, a charity founded by Gilles Peterson that aims to support musicians in dedication to the visionary jazz drummer.