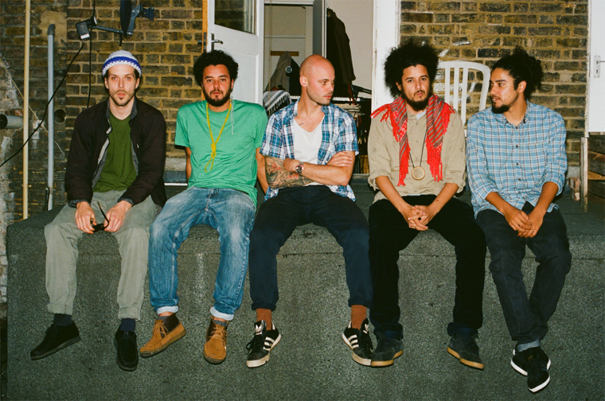 I’ve always wanted to be in a crew. Spending time with your buddies, feeding off each other’s creativity and just making stuff together. For most crews the reality is that only you think your stuff is any good, but in the case of 22a, what they make is bona fide awesome. What do they make? Percussive beats and soulful melodies. Who’s in the crew? Founder Tenderlonious, Mauritian-born brothers Mo Kolours, Reginald Omas Mamode IV and Jean Bassa, Al Dobson Jr, Henry Wu and, on occasions, Paul White. Where’s the crew at? Peckham. These guys are basically responsible for putting SE15 on the musical map, although be careful calling it a ‘scene’.  If you like soul, R&B and African percussion then the 22a label and crew is for you. Everything put out by the members is utterly absorbing, fusing cultures and sounds from remote, far-off lands to the heart of the capital. They are an aural honeypot. Our unabashed enthusiasm for and love of 22a’s productions has predictably lead us to a label spotlight, where we had the pleasure of chatting to bossman Tenderlonious about the label, crew and its members.

First off can you tell us more about yourself, where you’re from and how music came to be a defining part of your life?

I’m from a sunny town called Woking, just outside London. I grew up around a lot of different sounds, lots of listening in my youth, which meant I naturally gravitated towards a life focused around music.  I started DJing in the late 90s and got into production round about the turn of the millennium.  In 2007 I took a five-year sabbatical from production and focused my efforts on learning about the saxophone.  Since then I’ve been trying to combine all my musical knowledge to create something special for myself, and anyone that’s interested.

Do you have a particular song that reminds you of your childhood?

Do you have a favourite music documentary/documentary about a musician that you recommend?

There’s plenty out there!  There’s a great film called Round Midnight – Dexter Gordon plays the main character – you should check it out!

Where does the name Tenderlonious come from? Is it in anyway a homage to Thelonious Monk?

It’s a name that was given to me by those around me.  It started with Tender, as a result of my sensitive nature I presume, and later came ‘Lonious’ courtesy of Wu. I guess it reflects my adoration of not just Monk, but that era of Jazz music and the characters that surrounded the scene at that time.

Looking at 22a now, it is as much a collective as it is a label. How did you all meet? Were you all making music separately and happened to have similar influences and sounds or have you all developed your independent sounds together?

We’ve all come from different places and walked our separate paths to get to where we are now – both in life and sound.  It just so happens that our paths met at this time and so the opportunity to start a collective felt right.  There’s definitely a likeness in our influences – we all dig similar music – but 22a is an eclectic mix of individuals.  I like to think we’re constantly inspiring and challenging each other to pursue something beautiful.

At what point did you decide to start the label and where does the name come from?

I started the label at the end of 2013.  I was spending a lot of time with the click and hearing a lot of incredible music.  There were people around us showing interest – but a lot of the time it was just talk. I felt like it was the right time to start something real, no bullshit.  So 22a became official – it’s my house number.

22a is very much a family affair. Do you want to keep it that way or expand beyond the current members?

Expansion baby!  I’m all about connecting with people, that’s how 22a came about in the first place and I hope it continues that way!

Your music, and that of the 22a crew, have a distinctive worldly feel to it. Do you enjoy traveling and is there any musical culture you are particularly interested in?

I grew up around Europe as a child so I’ve always had a keen interest in traveling.  I like to indulge other cultures and get all up in it – I’m not about playing the tourist!  I know the rest of the crew feel the same way.  Everyone’s got their own stories and upbringings, which all amount to them being worldly individuals.  And in terms of the music the world has to offer, I’m down with it all!

What’s the process of putting together each 22a EP? Are you all on rotation to contribute?

The process just involves being around the lads. I’ll hear certain tunes and be like “what’s that?…22, yeah?” and it goes on from there.  There’s no shortage of good music from these cats – I’m always spoilt for choice!  I guess we’re on a loose rotation at the moment.  But there are new family members on the approach so watch out for them!

Is your job getting harder as the 22a crew are now getting picked up by other labels?

Not at all!  All the guys in the crew have worked hard to get to where they’re at now, so any attention they receive is well deserved! 22a is not an exclusive operation, as I mentioned earlier, I’m all about connecting with people and that includes others in the music game.  I know some labels like to go on exclusive with their artists, but I’m not on that – we don’t do contracts out here. We’re in a privileged position to be able to share our music with others – and that’s ultimately what its about for me – sharing!

Your recent release on Sounds of the Universe went down a storm. What’s on the horizon for your own work?

Releasing my EP on 22a later this year.  I’ve also got an album coming out next year from my quartet Ruby Rushton, with a different label.  I’ll keep you posted.

Tell us about the mix you made for us. We’ve been promised lots of exclusives!

Yeah I kept it nice and exclusive for you – all the family on there!  Added a couple band cuts from Ruby Rushton too and also one from the 22a Orchestra.  I hope you enjoy!

Is there anyone outside the 22a family who are doing stuff you particular admire at the minute?

For sure!  Someone played me Hiatus Kaiyote the other day – heavyweight!  I’ve been feeling the Seven Davis releases too.  And I always got time for Dam Funk!

What would you be doing if you weren’t in music?

Working with the youth – it’s what I do anyway.
Peace x