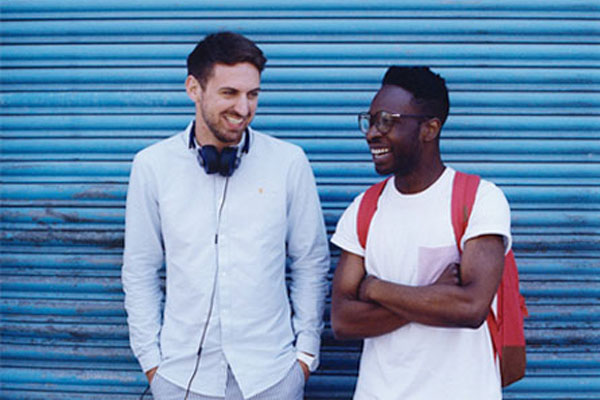 It’s safe to say that Electronic music is the busiest genre we write about. We try to point you towards all our favourites but with the sheer volume of material, some stuff is bound to slip through the net. That’s wher

e this new monthly feature comes in, counting down our favourite releases we’ve yet to cover over the month. And like its Hip-Hop equivalent, it will be focussing solely on UK talent. Our small island is leading from the front in quality and originality, so have a listen to the tracks we believe are flying the flag this month.

Here’s our selection in one tidy set. Thanks also to Conor Brand and Deepa Keshvala for their help with the list.

Elliott isn’t giving much away online, but his track makes the list as a wildcard entry. Softly-spoken lyrics about what seems like a one-off evening encounter are laid on top of a deep, echoing beat, permeated by erratic hi-hats. You’ll take away something different each time you listen, as you will when you watch the crazy dance moves in the accompanying video.

We featured Catching Flies (formerly Rainman) a few months ago with his glitchy take on Coldplay’s Yellow entitled The Stars, which became the title track for his much-lauded debut EP (especially this great remix of Mt. Wolf). Having already proved his sampling abilities, he’s now turned his attention Jill Scott with this slowed down and deeper version of her famous Golden. That and Catching Flies EP are free to download from CF’s webiste.

Transmission Collective is a production trio made up of Maru, Kahwe and Wolfcub, who also head up a label of the same name. Porta Alpina is their second EP, containing two originals from Maru then remixes from the Kahwe and Wolf Cub. We’ve only heard this track so far it’s enough to get us excited for the release on 3 December.

As soon as we heard this track’s vocal hook (Pharrell’s That Girl), perfectly matched with the bouncing rhythm, we were addicted. It’s forthcoming on Madtech’s free download imprint MTDL in January 2013, but in the meantime this will be very well-used at turntables across the country.

Ironically, it’s hardest to find something to say about the track that has impressed us the most this month, so you’ll have to take our word on this. Since first hitting that free download, it’s barely left the speakers – you might even say (dad joke alert) that we’ve been in need of it non-stop!

In the interests of bringing you five tracks you were less likely to have heard, this didn’t make the official list – but that’s only because we posted Maribou State’s Scarlett Groove this month. This remix of Ultraista (Radiohead’s Nigel Godrich) has already topped 60,000 plays in four days and is another stunner for the London producer and, with the added bonus of being very, very free.